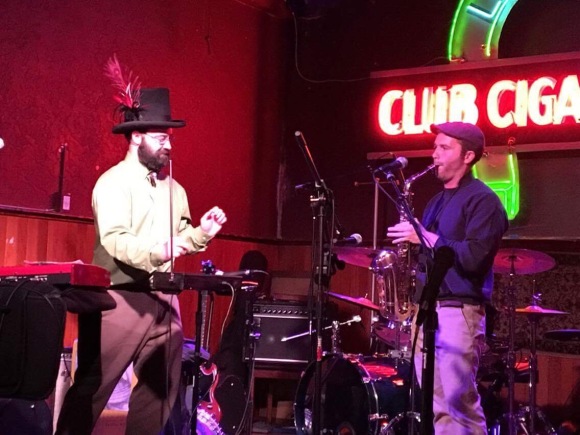 (A kind review from Alan Fears at ksua)

Four out of Five Doctors- Synesthesiologists

Isaac played keyboards and accordion, for years with Paper Scissors, and also in other shorter lived bands such as “New Teen Paranormal Romance,”, “Night of the Iguana” and “The Lithe.” He played guitar and theremin in Four out of Five Doctors.

Though for years his music was in the surf, ska and punk realms, he has been getting more jazzy in his more recent years. Lately he has been playing with Shane Connor of The Longshots.

He has provided live accompaniment to Trek Theater’s production of “The Game.” His songs have been covered by Rebecca Menzia and Laila O’Sullivan, Liberty Cabbage and Electric Tape. His original music was used in “Caligari Alaska” at UAF Theatre, and in movies by Tyson Hansen and Paula Dabaach. His song “Damn you, Damn you, Damn you” was in the 2010 Valentines Burlesque show from Naked Stage Production. His song “The Ballad of Maggie McGris” was in the 2009 Lonely Hearts Burlesque. His song “Drunk and Seduced” was a part of the 2007 production of Seward’s Follies “Fleur de Mal” Burlesque show. His song “Annabelle” was selected for the 2007 Fairbanks music compilation album “Stranger than the City.” His song “Brilliance of the Auora Borealis” was selected by NPR’s “All Songs Considered” and was available at their website. He has played as a guest on albums for The Scurvies, Esther Golton, and The Moon Knights. 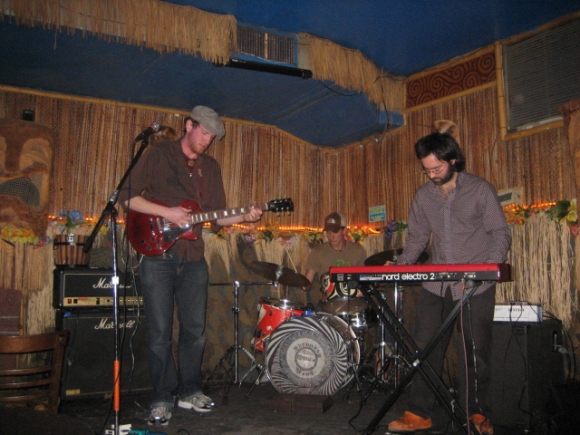