Clucking Blossom X was held in June in Fairbanks at the Dog Mushers hall. Here are a few photos of me playing taken by my dad, Todd Paris. 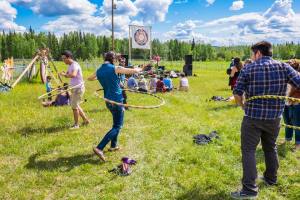 This last one is taken by my pal Nick Meurlott with a wide angle lens!

See the pretty stage? I helped Elliot and Mike put it together and used a screw gun to attach the fake flowers to the front. Thank you Kendra, Jody, Jack, Elliot, Matt and Donald for putting it together! If you have more photos I could share here, let me have them please! Here are some more photos of drawings I made. 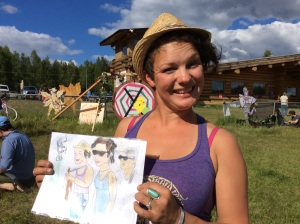 Milk and the Honeys played as a three piece.

Laila O’Sullivan rocked a solo set with her piano. 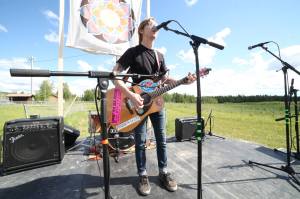 (this photo by Nick Meurlott) Chris from the Scurvies played a few solo songs.

Toasty Tristan and the Crispy Mother F$&$^@ played a silly, funny set. I’m so sad they can’t play the fair! 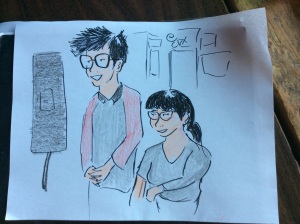 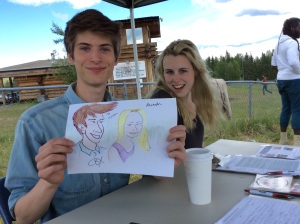 Barcelona Boys Choir contain’s zero boys from barcelona, they play energetic country rock and roll and have a trombone! I love the bands “Naked Men” and “Not Enough Flannel” and this seems to be the bearers of the torch

Dangerlot is a fun new band that plays positive happy punk music. Nick is so talented and wacky, I love his energy on stage. He said, “there’s a totally legal and safe way to get your friend high, you just put them on your shoulders!” Here is a link to his blog. 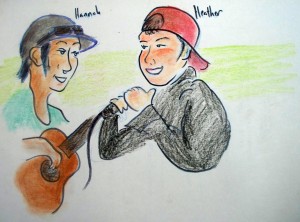 Harm played a beautiful set. If you haven’t caught them yet… uh, go see them sometime.

This photo is not by me, its by megatronmchugh. I should note that the band harm was missing two of its key members, and Hannah (from Bacuntry Bruthers) was subbing in for bass. 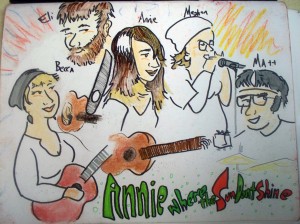 This band didn’t play at clucking blossom, its just a bonus! I happened to ink and color this like 6 months after they played.