A fun time was had by all at Vanilla Jill’s ice cream shop and cafe. Sketchy the clown hosted and we had dance from Dark Lightly and Rainbow Dash, Izmagnus and Tryx, Jennifer Bucholtz and Heidi, Magic by Invincible Vince, Juggling by Artemis Sharpe, and comedy by Gabby Jesus, Lacie Wallace and James Wood. We were even visited by a baby possum! 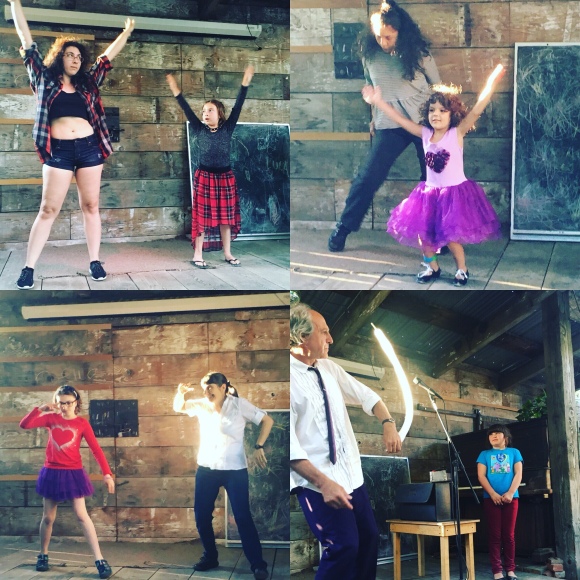 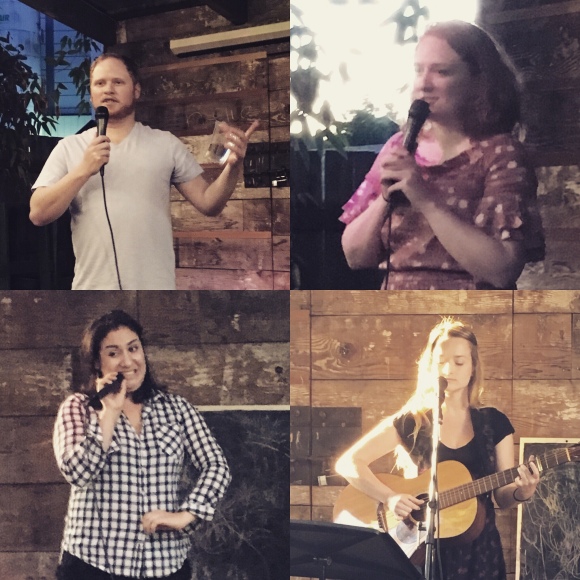 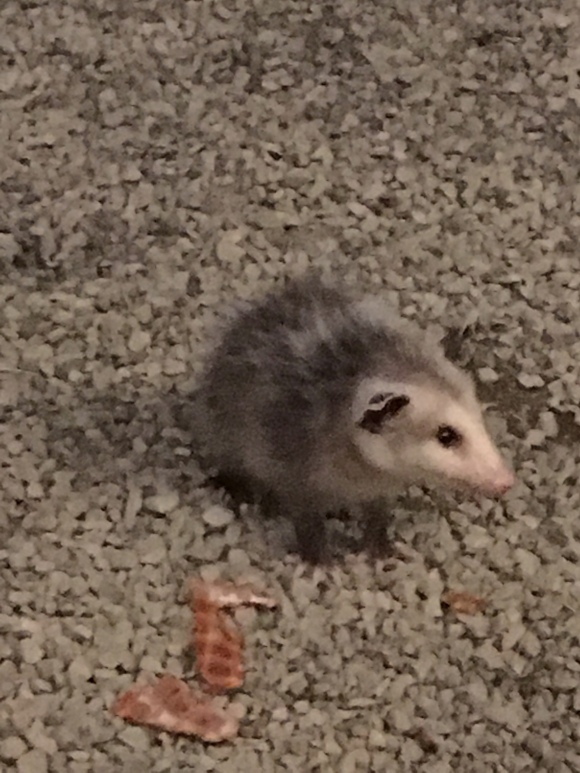 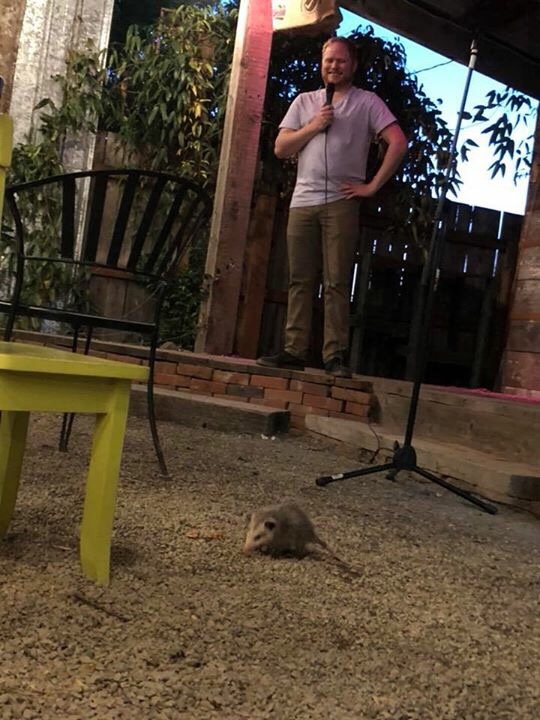 James named the possum “waffles” and tried to get him to come onstage. (This photo is by Lacie Wallace)

The next vaudeville show is July 27! Performers to be announced.