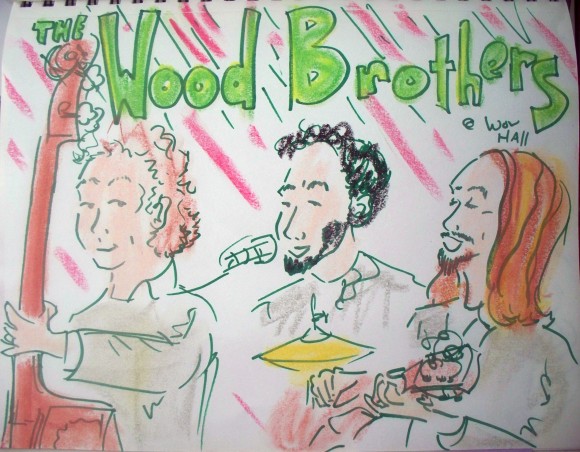 Amy Helm played a soulful and energetic set at Wow hall. Her band is fantastic, with a guitar player who can solo like the devil possesses his fingers, and a bass player who plays a ukulele through an octave pedal? Her drummer smiled the whole set through, playing a washboard and a charming piecemeal kit.

I have listened to The Wood Brothers for years and loved their first two records especially. Their drummer, Jono could play the melodica with haunting, beautiful tones while playing drums! Sometimes he played an acoustic guitar like a drum, slapping it and striking it with brushes. The Wood Bros played very tight, singing backup harmonies and just putting on a fantastic show. This was the best show I’ve ever seen at Wow Hall. They didn’t play some of my favorites (where my baby might be Chocolate on my tongue, The truth is the light, but I didn’t mind as the newer songs are beautiful too. Oliver’s voice is unique and timeless, he would have fit in in the 7os or much earlier. Chris has incredible control over his bass, playing chords and slides and occasionally playing it with a bow.  It was fun to hear their old hits re-imagined as dancey poppy tunes. To hear what I am talking about, look them up on Spotify and listen to Luckiest man,  One more day, and Atlas. off of their live album. “tooth and nail” and “Sky High.” 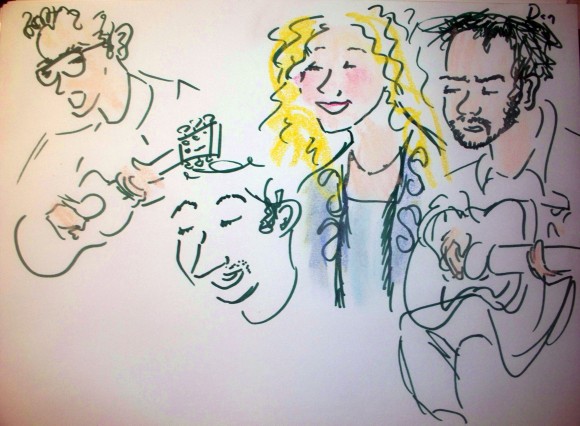 It was especially fun when the two bands would combine and form a Hootenanny! Yeehaw! They played the classic Levon Helm song “Ophelia.” That and their other encore, something about making love, were both the highlights of the show!