I went to Emerald Valley Comic con and met many cool artists! Keith Tucker worked on so many animated shows in the 90s, it almost blows your mind. He penciled  many of the coolest Disney comics covers. I asked him what was the most fun to work on, he said without a doubt Pinky and the Brain. he also really enjoyed Jem and the Holograms because there was so much freedom. I also asked him, ” did you still have time to draw for fun?” He said, I had a blast very day, I drew all day for over twenty years and I was always having fun!”

His speciality was action scenes. He had a real say in the movement of characters and how they danced, walked, fought, and lived in their worlds within the screen. He was such a friendly and nice guy! You can see more of his art here.

I used to have these comics! Wow, he could really compose a dynamic comic book cover! 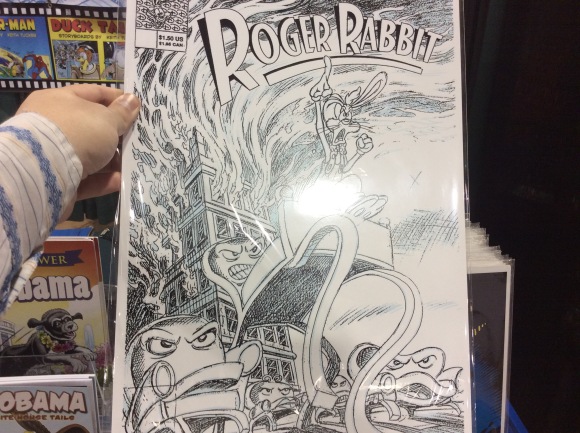 Don’t they just make you want to buy that comic and read what’s inside??

Melanie Golden was totally sweet when I awkwardly asked her, “may I draw you?”

She has been a model, cosplayered as Lara Croft (Tomb Raider), and look here is a picture of her with Chris Evans! 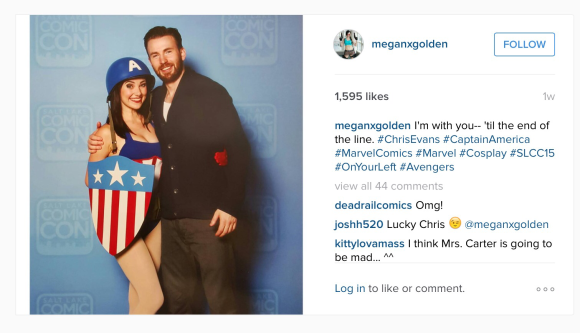 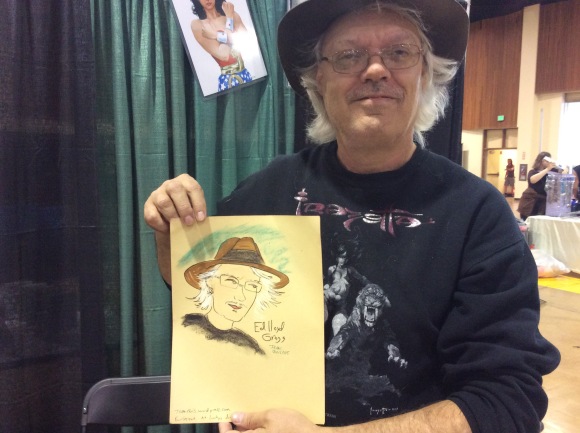 Ed makes incredible paintings inspired by film posters like those by Drew Struzan. He has also made illustrations for sports magazines and rock album covers. Look at his work here. Pictures of vampirella here.

He had a fantastic painting of Spock,

many of Marilyn Monroe and other pinups!

Isn’t this a cool painting? Ed told me it’s basically his bookshelf, with a small addition.

Even Beaker,  Wonder Woman, and Jango Fett were there! 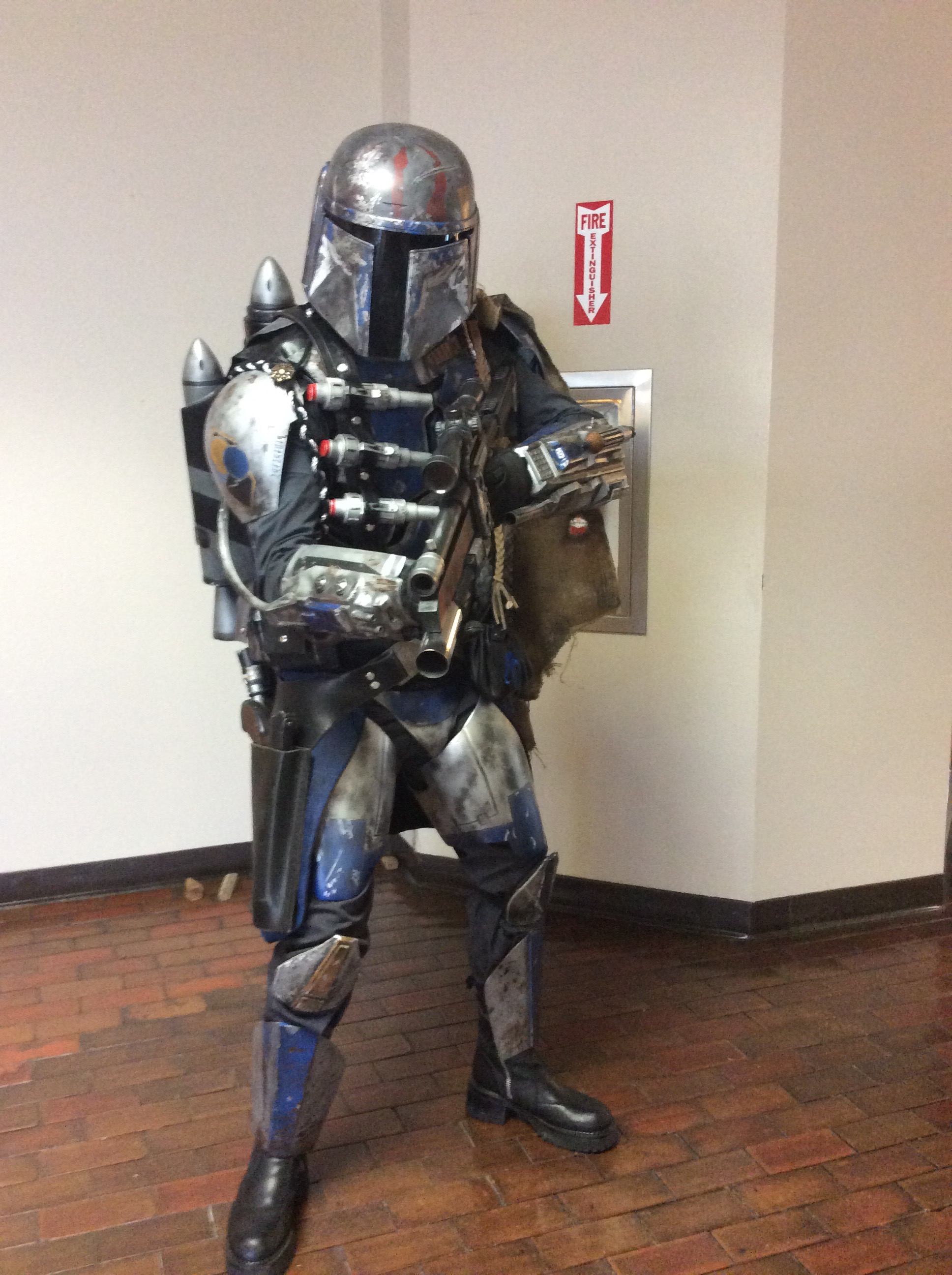