I saw Bernie speak in island park in Springfield Oregon. It was so inspiring! There have been a few socialist heroes such as Eugene Debs, Jill Stein, Ralph Nader, and the other day I got to be a part of history and see senator Sanders deliver his heart -warming message! He said that people have called him crazy for dreaming too much, for “out there” ideas, but we need wild ideas to change the status quo, an economy that works only for the top one percent! Bernie isn’t admitting defeat. He brings huge crowds and has inspired many people who have felt disillusioned with politics to become democrats to vote in the primary. Whether or not he becomes president, his message is getting out to millions, inspiring a new generation to enter politics and fight for the 99% of us who aren’t millionaires! Here is a video of the event, but he has given so many speeches lately, and they are mostly all great. 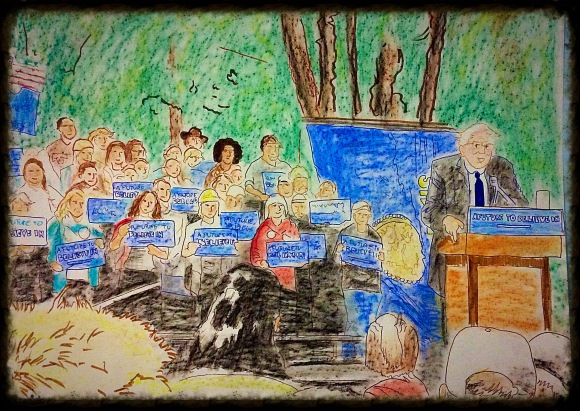 There were many children, teens, and women present. I only saw a few people of color, but the crowds were very enthusiastic. 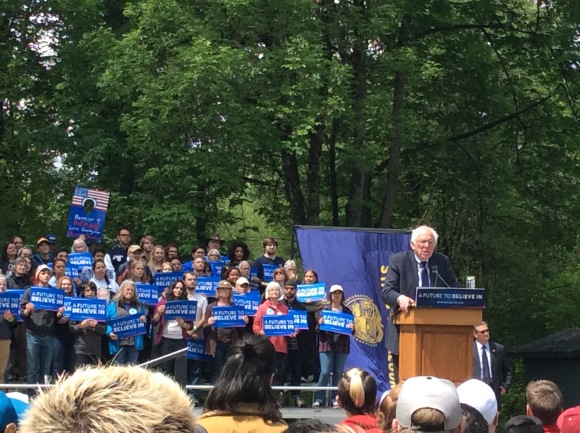 This was a big crowd! Some sources say four thousands, others eight thousand. 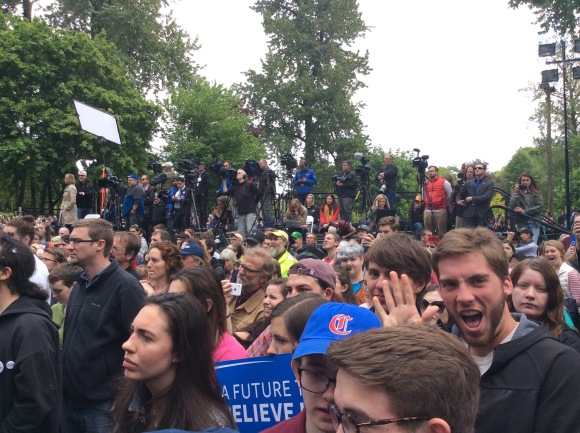 Members of the press. 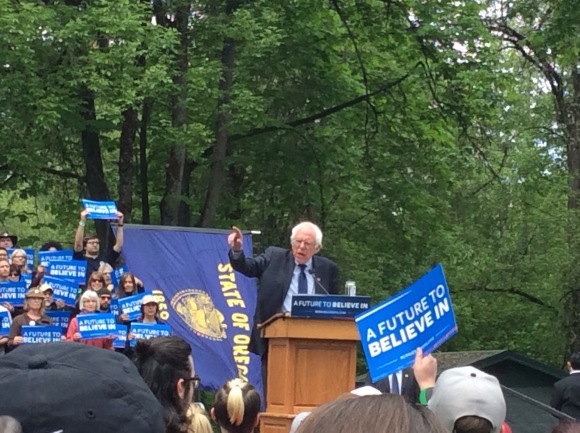 I went to see Dennis Kucinich and Ron Paul when they came to Fairbanks Alaska, and this was much more exciting.
Then finally, just to be silly, I made a Bernie sanders out of play dough. 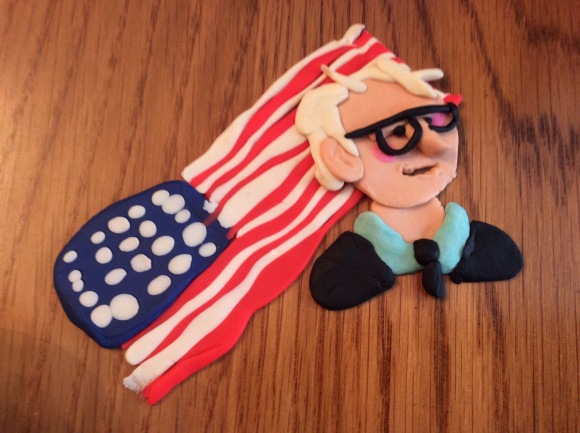