The Coathangers play stripped down rock and roll. Some call it “punk.” There’s no pedals to mess with the sound of pure guitars and that makes even the occasional “weeoo” back up vocal stand out and make the song shine. Stephanie drummed on most songs but on a few she played guitar and Julia switched over to drums. One song stood out where they played a squeaky toy as if to stand in for cursing in a song.  These three put on a good show!  Down Down is a great song and has an amazing music video! 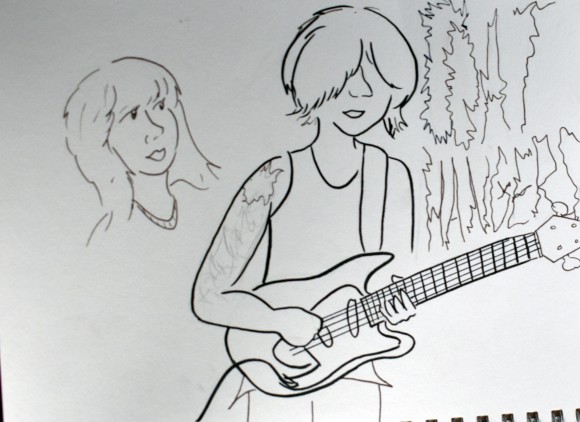