The Boreal is a fun all ages venue in eugene  with local art and zines and anarchist books for sale. It isn’t lit well, but I suppose that’s part of the charm. 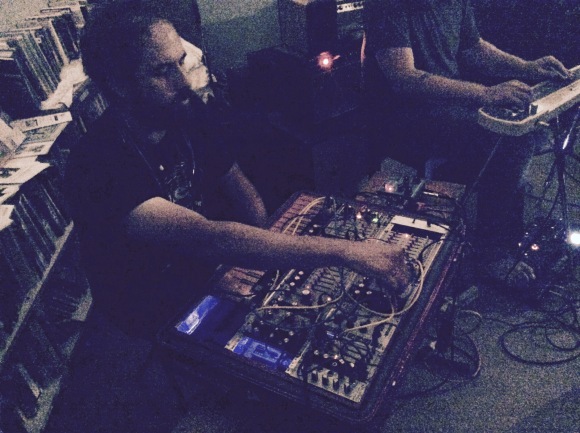 This is Chris from Paleons. He plays a modular synthesizer. The kind with a dozen cables to connect the modules. The band has been going through changes and now includes a lap steel player.

The Long Hallways play beautiful shimmering Post Rock.Their bass player plays bass like its a lead instrument. Through strumming, tapping and virtuosic abundance of notes, he clearly is not content to have the bass stay in the background and establish the root of the chord. Hell, they could add a second bass player to do that, but their songs are fine just the way they are, 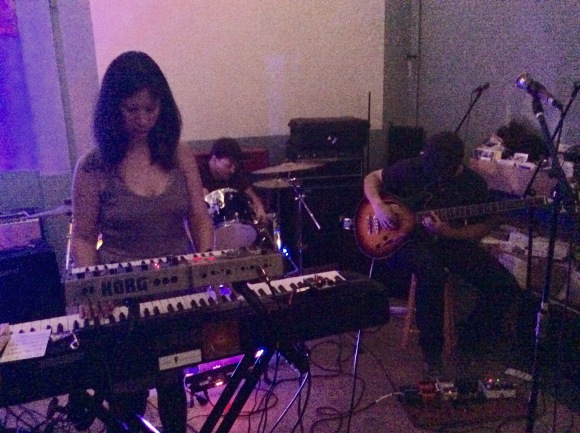 Then we heard the droney shoe gaze songs of The Union Trade. Keyboards are a nice addition.

Finally, a fourth post rock band played, Coastlands. This one had some loops of hip hop drums and ethereal noise samples. I think they play ebow guitar drones into a loop pedal. Their drummer was very tight. They eschew having a bass player at all and just bring on the full sonic assault if three guitars. 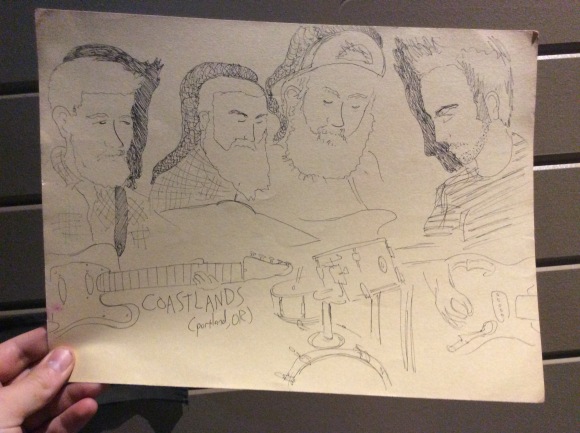 I tried out putting shadows behind their heads. I think their album art is beautiful and very fitting for their sound. 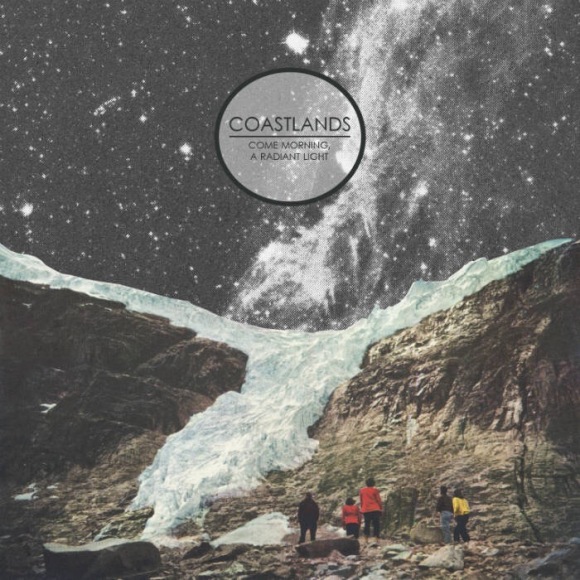 I took these photos of my drawings at the venue and just gave the drawings away. The bands were very pleased/ flattered. A member of coastlands saw me drawings long hallways and specifically asked me to draw them. I thought I probably wouldn’t have the energy or time to take them home and color them. My photography sucks of course, the room was poorly lit.